Tatanga the Mysterious Spaceman (宇宙怪人タタンガ or Uchū kaijin Tatanga in Japanese) is the main antagonist of Super Mario Land and a supporting antagonist in Super Mario Land 2: 6 Gold Coins. He debuted with Princess Daisy in Super Mario Land, but unlike Daisy, Tatanga hasn't made the jump to playable fan-favorite, practically disappearing from the Mario series after his two main appearances and only being mentioned in trophies and some of Daisy's official profiles/descriptions. 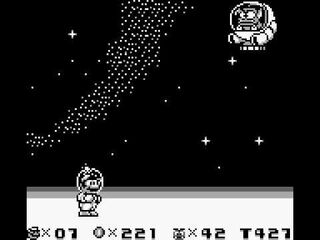 Tatanga’s exact origins, motivations and race of alien is unknown. In his debut appearance of Super Mario Land, Tatanga invades the world of Sarasaland, kidnaps the Princess Daisy with intentions of marrying her and hypnotizes the denizens of the four Sarasaland kingdoms - Birabuto, Muda, Easton and Chai- to do his bidding and protect the kingdoms from anyone attempting to end Tatanga’s rein.

Once Mario reaches Tatanga, the two engage in a climactic battle. The alien combats the red-clad hero in his war robot, Pagosu, while Mario fights in his airplane, the Sky Pop. Once Tatanga is defeated, Pagosu is destroyed, Princess Daisy is rescued and flys off with a Mario.

Tatanga makes a reappearance in Super Mario Bros. 2: 6 Gold Coins. Tatanga is the guard of The Space Zone, the second level in the game. Tatanga is not the main antagonist this time, Wario takes that role, but is instead a simple boss. After three hits on Tatanga’s new and smaller spacecraft, Tatanga is defeated and Mario recovers the Golden Coin of Space Zone as the alien falls offscreen.

Tatanga is characterized in artwork for both Super Mario Land and Super Mario Land 2 as a diminutive purple alien with fang-like teeth and sharp ears. Tatanga has no shirt on in this artwork. 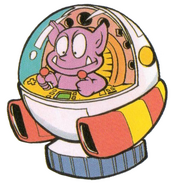 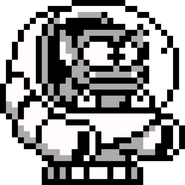